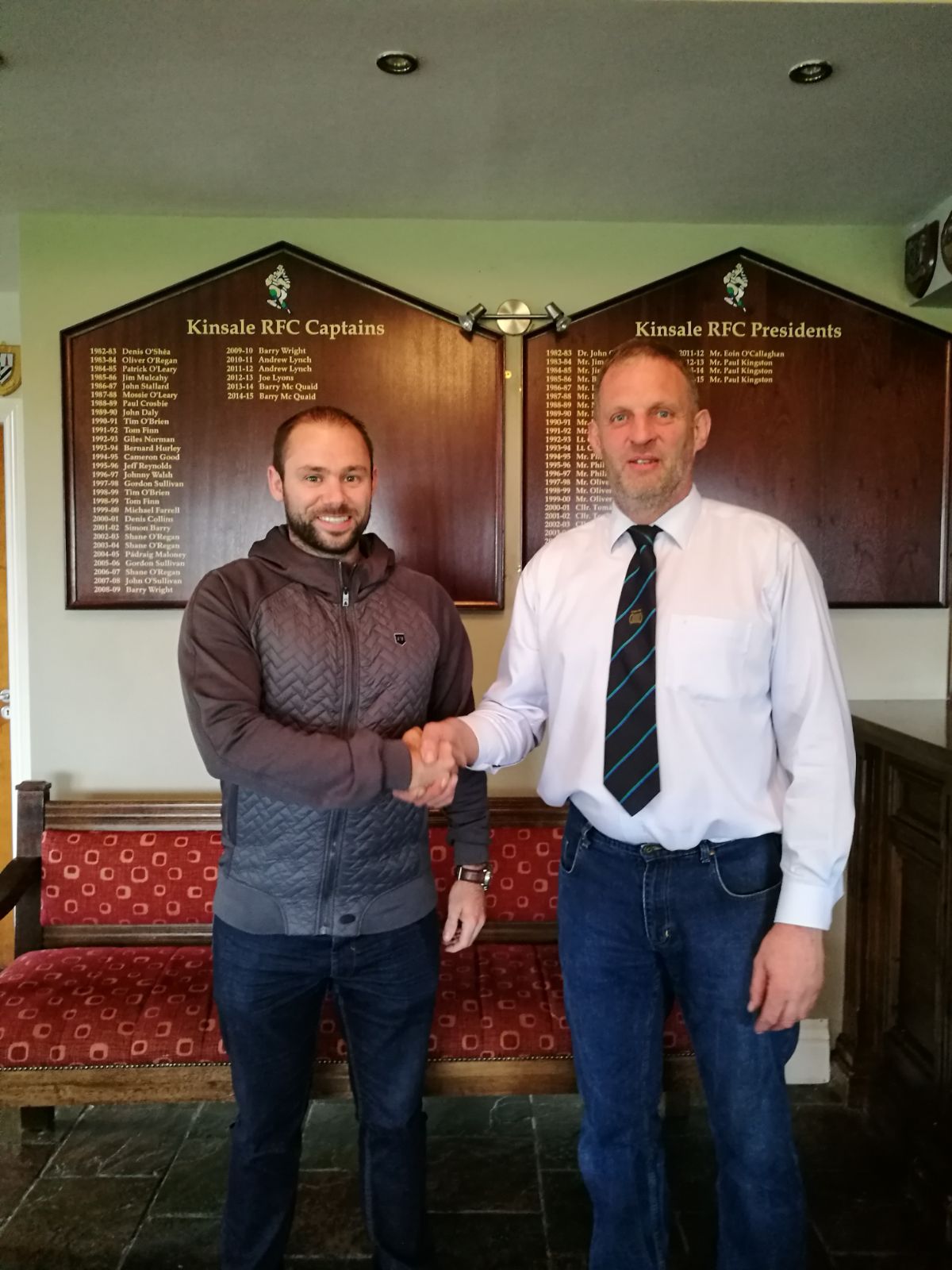 Kinsale Rugby Club is delighted to announce the appointment of Wayne Falvey as new head coach for the 2017/18 season. Wayne joins the club on the back of a fruitful career as both a player and coach.

A playing career spanning years with early beginnings at underage level in Ballincollig, Senior cup experience at Christians, All Ireland success with UCC under 20’s, Promotion with UCC seniors and ultimately moved into coaching whilst playing with Highfield RFC.

As a coach Wayne has amassed a wealth of experience as well as success during his burgeoning Career. From his beginning as a player coach Wayne has went on to coach the Munster ladies team to 2 Interprovincial championship triumphs over 3 years, but it is at UCC that Wayne has achieved his latest achievement leading an exciting U20's side to finish top of the Donal Walsh League, to a Munster Final and the All Ireland knock out stages. Wayne is also involved in coaching the Munster Age-Grade squads.

Wayne has been impressed by the clubs planning, facilities, and ambitions all drawing him to Kinsale. Wayne plans to balance on field team success, with personal player development off it and development of the club’s capabilities.

The vision Wayne presented impressed the club, as well as the character, integrity, and leadership skills he has displayed throughout his career. The committee and club community wish to extend a warm greeting and best wishes to Wayne and the team for the coming season.

Pre-season begins Tuesday 1st of August at 7pm in preparation for the exciting season to come.